NVIDIA – Pushing the Limits of the GPU in “Batman: Arkham City” [Video]

I wouldn’t say I’m a big “gamer,” but I do once in a while like to play video games more to see the advancements in graphics/compute technology than anything else. PC games are usually my choice as the quality seems to far surpass those of video consoles. The latest PC game I tried just this weekend was “Batman: Arkham City”; to say the least I was very impressed.

I should mention that my laptop has an Intel Core i7 processor, NVIDIA GTX 560M graphics card with 1.5 GB GDDR dedicated memory, and 16 GB of RAM. This allowed me to run the game with pretty much all graphics options enabled and set to the max. 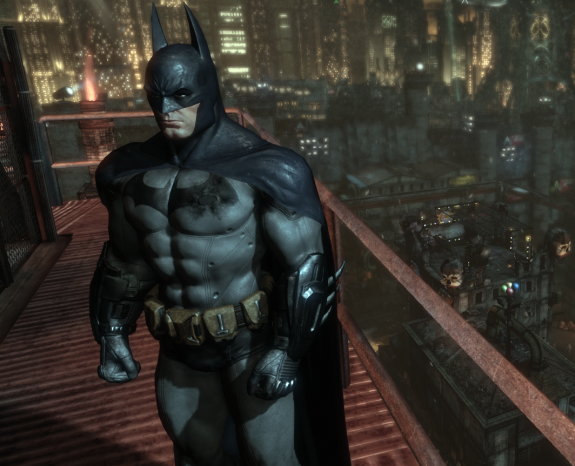 “Batman: Arkham City” employs a configurable physics engine – PhysX, DirectX 11, 3D Vision, and anti-aliasing options. PhysX is a proprietary realtime physics engine SDK that was developed by a company called Ageia with the purchase of ETH Zurich spin-off NovodeX in 2004. Ageia was later itself acquired by NVIDIA in February 2008.

Physics engines such as PhysX allow developers to avoid writing their own code for complex physics interactions. PhysX is one of the more popular physics engines used today in games. Systems that PhysX supports are Windows XP/Vista/7, Max OS X, Linux (not GPU accelerated), Wii, Playstation 3, and Xbox 360.
Hardware Accelerated PhysX gives a truly realistic gaming experience. For example, physical objects are manipulated realistically in real-time as opposed to objects being rendered as immovable static items into the scenery’s textures/background. Examples from the game are newspapers tumbling along the streets in response to the wind, dangling ropes, shattering glass, and rain scattering across the sky in gusts of wind. The objects can be further manipulated in response to the actions of characters within the game.

As the physics engine is employed for realistic object movement and collision detection, what you see is what you would expect in real life. Thousands of calculations per second ensure the newspaper, rope, or cloth, move as expected under the conditions present in the virtual environment. See the below video from NVIDIA for examples of PhysX at work. Ignore the low resolution video as it does a very poor job of displaying the actual intensity of the graphics.

To read more about NVIDIA and the use of technology such as DirectX 11 Tessellation, Multi-View Soft Shadows, and Horizon-Based Ambient Occlusion, see the following article on NVIDIA’s website: Batman: Arkham City Graphics Breakdown & Performance Guide