I’m still not completely over the shock from last November when I learned Microsoft had bought Mojang, the company behind Minecraft, for $2.5 billion dollars. Let me repeat that: “$2.5 BILLION”; you heard right. Markus Persson, the 35 year-old original and main developer with 71% stake in Mojang became an instant billionaire and a member of the Forbes World’s Billionaire list overnight. That’s right, Markus Persson is now #1415 with an estimated worth of $1.3 Billion according to Forbes.

What is Minecraft? It’s a game in which users can use Lego-like blocks to create huge digital worlds. The game can be run in single or multiplayer mode. In multiplayer mode, a user can host and run his/her own server for hosting the games played with friends. A commercial or freely available multiplayer host environment can also be used to avoid having to deal with maintenance, redundancy/backup, scaling, security, upgrade, and other tasks related to hosting. 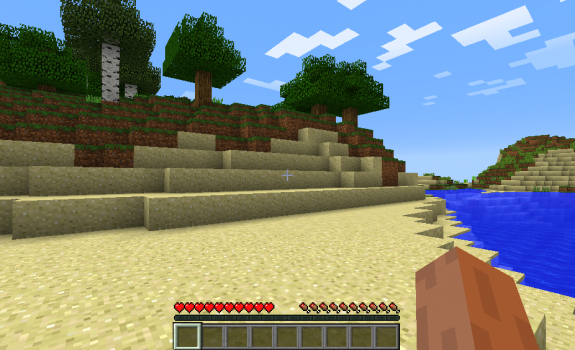 I suspect Microsoft believes the popularity of Minecraft, can attract more people to the company’s Windows ecoosystem, especially Windows on the mobile phone, and at the same time pull in a younger crowd of users and software developers.

Microsoft CEO, Satya Nadella, stated, “Minecraft is more than a great game franchise – it is an open world platform, driven by a vibrant community we care deeply about, and rich with new opportunities for that community and for Microsoft.” The estimated Minecraft global user base is about 100 million.

It’s times like this I ask my self, “Why don’t I dedicate more time to coding and developing?”. It’s amazing that this company, who’s only real hit game at the time was Minecraft was bought for such a staggering amount. Although it can definitely be argued if Microsoft overpaid, it is another reason to remind us that the App is indeed the king and where big and fast money can be made.

Yes, I know it’s a different industry and market altogether, but, consider HP’s recent move to buy Aruba Networks for about the equivalent at ~ $2.7 Billion; Aruba Networks has over 1200 employees and trades on the Nasdaq with a market cap of $2.68 Billion.

In comparison, consider Mojang, which was founded by Markus Persson and his friend, Jakob Porser. Later, Carl Manneh was brought in as a third founder to run the company as CEO so Markus and Jakob could continue focusing on developing games. Within a year of forming the company back in 2010, the company grew to 12 employees, and when it was sold to Microsoft last year, the company numbered only 40 employees! According to the Wall Street Journal, Minecraft has brought in $128 million in profit last year.

Even consider start-ups like Nicira which had all the fury and buzz of software defined networking (SDN) and was bought by VMware in 2012 for less at $1.26 Billion. Even though it is software, I consider it software infrastructure instead of hardware infrastructure. In this sense, it is not in itself a means to an end. Network virtualization and Software Defined Networking (SDN) has its advantages and can enable efficiency, flexibility, and cut costs in enterprises and data centers, but it’s something that is used by companies to better enable their IT environments to support internal or external facing services/apps. The App is what matters and the network and everything else is there for further enablement.

Amazon and Rackspace have been great in providing cloud services to transition many customers away from the traditional hosting/data center environments to a “pay for what you use” and “pay as you grow” model. Both also enable faster application development without worrying about traditional infrastructure concerns. Minecraft is another great opportunity for both. And both have been quick to welcome the opportunity.

In fact, Mojang has decided to use Amazon to deploy Minecraft Realms, a new multiplayer hosting service for Minecraft for people who don’t want to concern themselves with the technical aspects of hosting. Minecraft Realms utilizes the following Amazon services: Amazon EC2 for compute, Amazon Elastic Block Store (EBS) for file storage, Amazon Relational Database Service (RDS) for database storage, Amazon S3 for object storage and backup, and AWS Elastic Load Balancing to distribute incoming requests. For more info, see this post on Amazon by Jeff Barr. Rackspace also offers Minecraft as an option for their Rackspace Deployment services.

The below shows Minecraft loading on my Mac and checking for updates via Amazon Simple Storage Service (Amazon S3).

Since, at the end of the day, the application is what rakes in the money, more and more start-ups developing apps will want to focus on development and worry less on infrastructure. This will enable faster time to market and lower costs than that associated with building and maintaining a hosted environment. As the whole Minecraft phenomenom has shown, consumers are also willing to pay to run either 3rd party hosted or their own instances of the application on a cloud platform. This is definately good news for those companies providing cloud services.

In future posts I’ll discuss and walk-through some of the popular and leading cloud services and Platform as a Service (PaaS) vendors that allow developers to focus strictly on application development and allow for drastically improved time to market.