Starting with Java 8 Update 20 (Java 8u20) and later versions the option to lower the security setting in the Java Console Panel to Medium has been removed. Prior, changing the setting to Medium would quickly resolve issues where certain unsigned Java applets would not run. Now, with Java 8u20 and later, only High and Very High levels are available. These security levels are described on the java.com website as stated below.

Very High
This is the most restrictive security level setting. All the applications that are signed with a valid certificate and include the Permissions attribute in the manifest for the main JAR file are allowed to run with security prompts. All other applications are blocked.

Medium (removed from Java 8 Update 20 and later versions)
Only unsigned applications that request all permissions are blocked. All other applications are allowed to run with security prompts. Selecting the Medium security level is not recommended and will make your computer more vulnerable should you run a malicious application.

This new default, although enabled for security reasons, presents challenges for those simply wanting to run unsigned applets they trust locally on their PC or those developing applets or just learning how to code who want to run applets for quick testing. Below, I demonstrate how to resolve this on Mac OS X Yosemite (10.10.1) by updating the security settings. Note, new Java security defaults were implemented for additional security precautions, so you may want to use the below method only when needed and then revert back once complete.

You should now see the below. 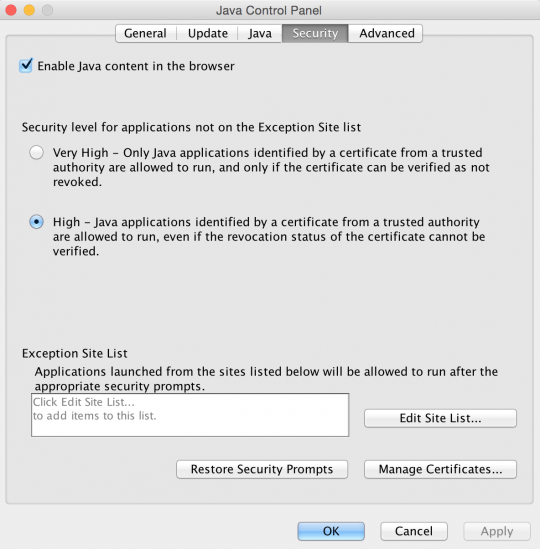 You will get a security warning prompt as shown below. Click Continue. 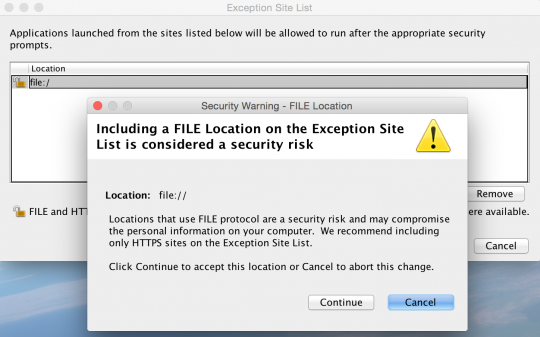 After the update you should see the below. 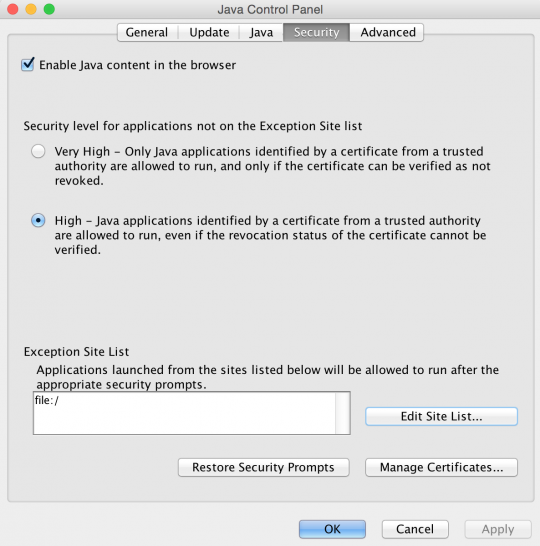 You can now simply double click an html file with Java applet code and have it run as expected. For demonstration purposes, I created a simple Java Applet with the below code. 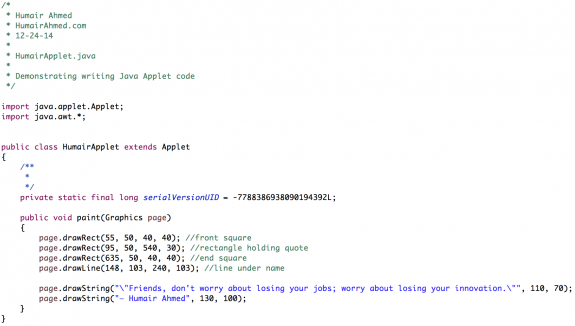 Next, I compile the Java code into bytecode with the javac HumairApplet.java command at the cli. I then, add this class to my HTML code as shown below. Note, for this example, my applet class and HTML file are in the same folder.

Opening the HTML in Firefox, I get a security warning, and just click Run. I then see the below final output.